Greeting the Atlantic Ocean in dramatic form, Newfoundland’s cragged cliffs are the furthest east one can go in North America. This crowning coastal position provides an unobscured seat to a traveling show of icebergs, puffins and whales, at least through spring and summer. As autumn encroaches, they’ve mostly blown threw, but the charm of the isle persists. The best way to collect experiences is to explore her expanse by car, and when seas oblige, boat, with a week long road trip. 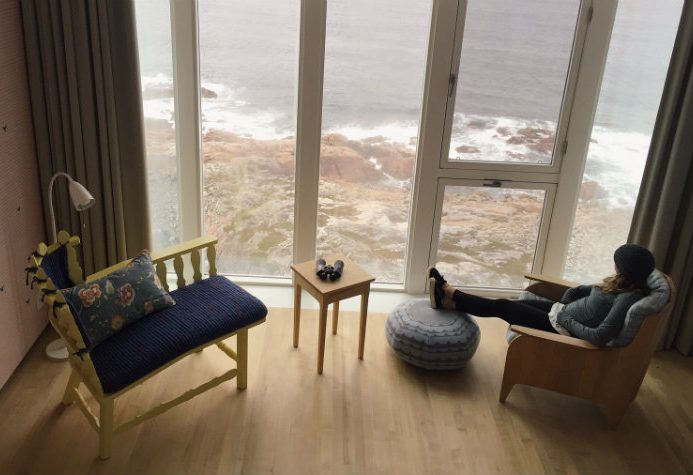 After crashing for a night in St. John’s, a friend and I rent a car and drive Route 1 past matter-of-factly named towns, such as Come By Chance, through Terra Nova National Park and onto Farewell to board a ferry for Fogo Island. All in, it takes a little under six hours, but the time commitment seems nominal the second one checks into a room at Fogo Island Inn. 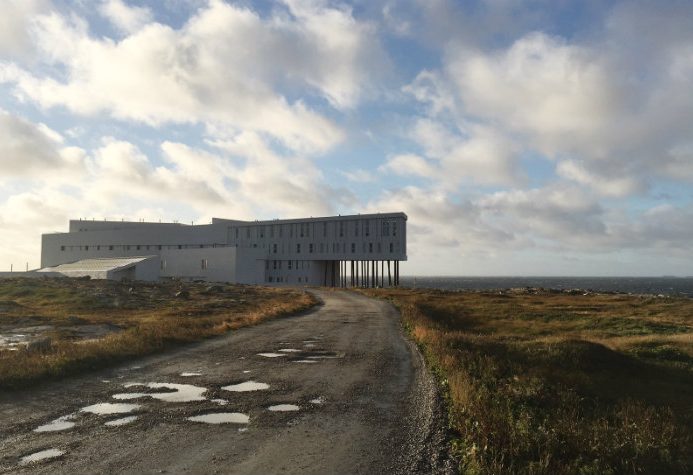 Opened three years ago, the Todd Saunders-designed property flanks the frigid North Atlantic in Joe Batt’s Arm. Its owner, Zita Cobb, grew up on Fogo and returned to put her hometown on the map. Every year the Inn garners more notoriety. Most recently, Gwyneth Paltrow visited, exposing her 2.6 million Instagram followers to the idyll setting. 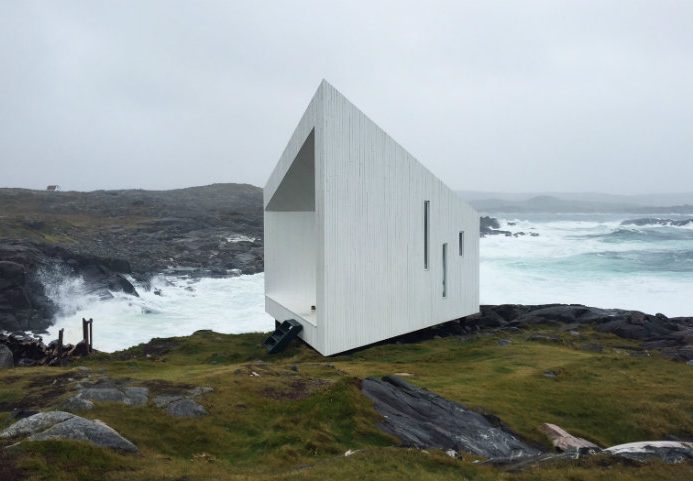 There’s no worrying about where to eat with board included, and it’s comfort food they do best, such as chicken soup and Figgy duff pudding. To walk off that latter, there are plenty of hikes to be had, many which include stops at the Inn’s affiliated artist studios. While the artists prefer not to be disturbed, the buildings themselves, such as the wee, white Squish studio, are eye candy enough. 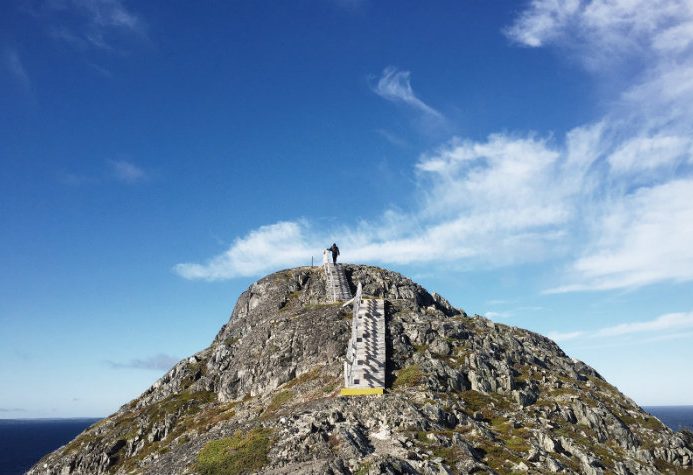 The island is also home to one of the four corners of the world, that is, for those who side with the Flat Earth Society. The top of Brimstone Head is considered the edge. According to a sign posted along the short, uphill trail, no one has yet been lost to the abyss beyond. 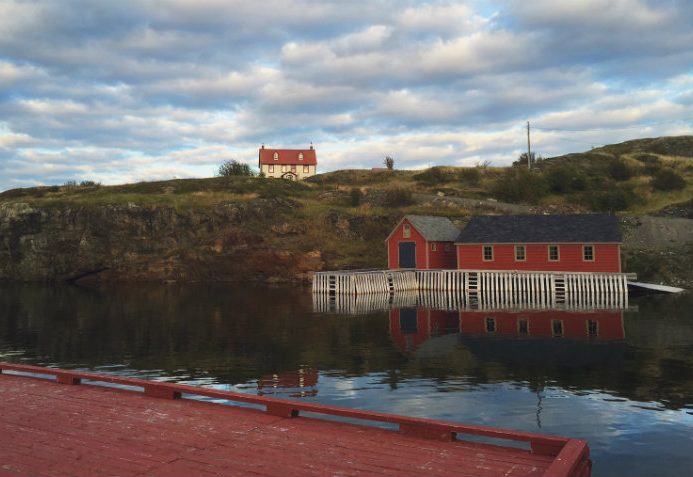 Having come this far—if not actually to the end of the world, than one of Canada’s edges—there’s no excuse for stopping there. An exit off of Route 1 on the way back takes the curious through the small seaside towns of Bonavista Peninsula. Here, natural and artificial topography, both mind-boggling spires and vibrant saltbox homes, happily coexist. 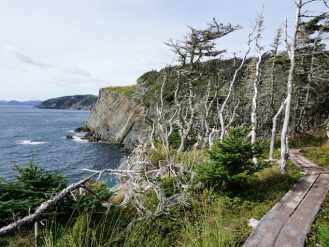 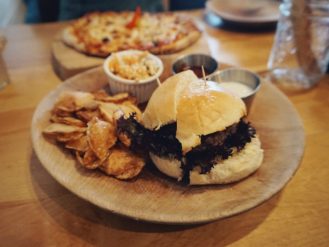 Trinity and Port Rexton are worth touring, with brief overnights in quaint B&Bs when needed. The trail everyone and their Newfoundland dog tells tourists to do is Skerwink Trail, and they aren’t wrong. A relatively easy amble, its ocular delights far outweigh physical effort.

Demanding or not, hunger will strike, and on the flip side of the peninsula is the Bonavista Social Club, a dining establishment much loved by locals. While the real thing doesn’t look like the glistening, stacked burger they have hung on the wall, the moose burger is required eating. Mainly because moose outnumber Newfoundlanders 5-to-1, so it’s helpful to keep their numbers in check. 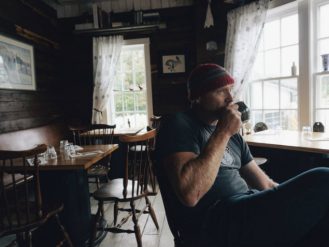 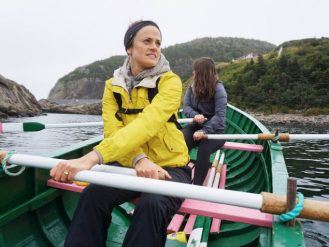 Back where we started, in St. John’s, there’s more of a food scene to be had. The big name in town is Todd Perrin, co-owner and chef of Mallard Cottage, although to townies it’s just “Todd’s place.” The restaurant is housed within one of the oldest wooden buildings in Canada, circa 18th century, and it still exudes that lived-in atmosphere. While dinner is the obvious choice, its brunch and dessert table are infamous.

Seafood doesn’t travel far. Located in the historic fishing village of Quidi Vidi, the restaurant is steps from the harbor. It’s there that we get to experience punting. Widely used by fisherman, a punt is a flat bottom wooden boat propelled by oars, at least until outboard motors came onto the scene. Locals Katie Wadden and Donna Connors showed us the ropes, and rows. 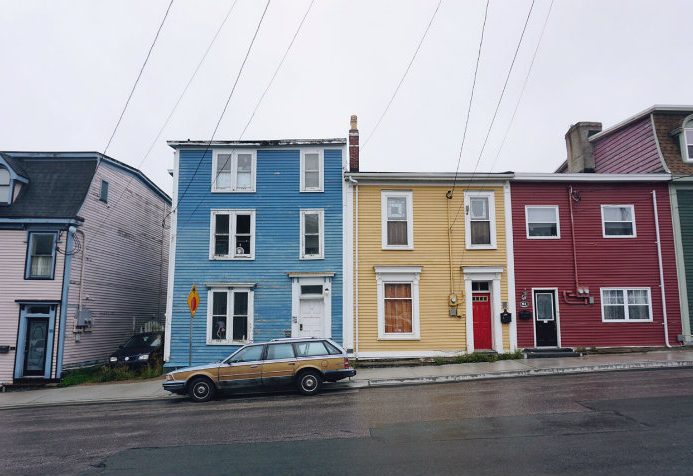 St. John’s is known to have long stretches of grey days, which could be why George Street is so popular—it has the most pubs and bars per square foot of any street in North America (21). But they’ve also got a bounty of colorful row houses to brighten up the place, and walking the city to see them is free and less taxing on the liver. 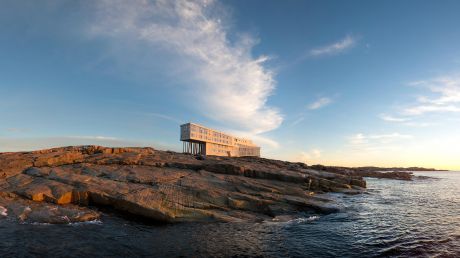 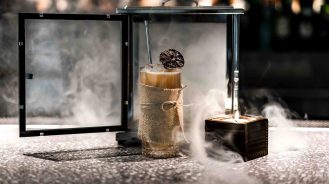 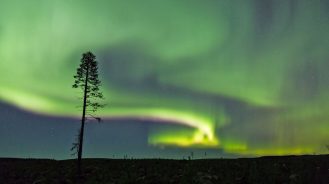 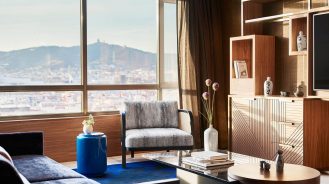 Stay in Style at these Design-Forward Hotels