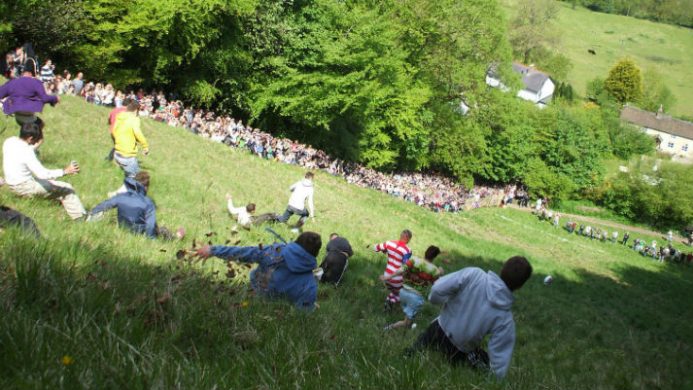 You’ve probably heard of Coachella, Glastonbury and Lollapalooza, but it’s a big world out there and it contains a wealth of slightly more unconventional festivals. We’re firm believers in trying anything once, and all that’s required to enjoy the events herein is an open mind and a sense of adventure. Oh, and a great place to stay doesn’t hurt either. 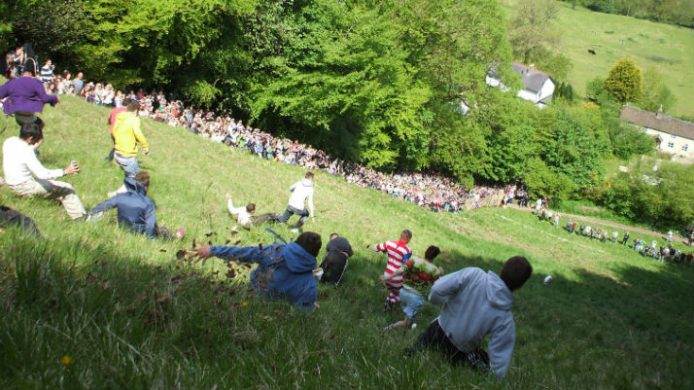 The Cooper’s Hill Cheese-Rolling Festival involves visitors from around the globe hurling themselves down a steep hill after a 9lb round of Double Gloucester cheese. The first person over the finish line at the bottom of the hill takes home the cheese. Despite the simple premise, the event has caused more than its share of controversy. Injuries are common due to the steep nature of the course, prompting local police to call for regulations, a move resisted by cheese rolling traditionalists. In 2013, police warned 86-year-old cheese maker Diana Smart she could be held responsible for injuries. Despite the bumps and bruises along the way, the event continues to grow each year. 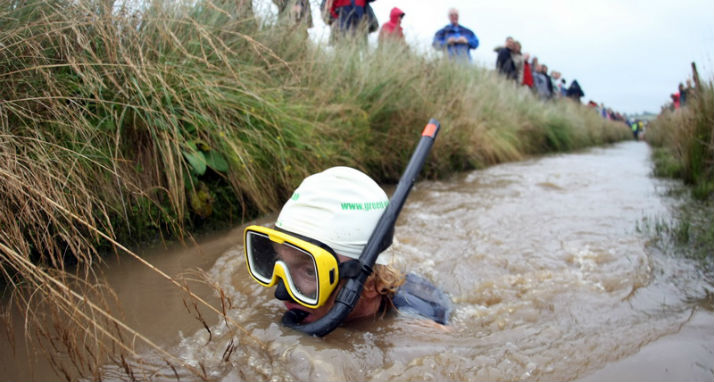 Unfamiliarity with the noble sport of bog snorkeling is easily forgiven, so here’s a quick primer: competitors must complete two consecutive lengths of a water-filled trench cut through a peat bog in the shortest time possible, without using conventional swimming strokes. Obviously, such a prestigious sport needs a championship, and the event takes place each year at the start of August in Wales. All proceeds from the competition go to charity, which is another reason (if one were needed) to check out these world-class athletes.

Where to stay: The Gainsborough Bath Spa, The Royal Crescent Hotel Bath 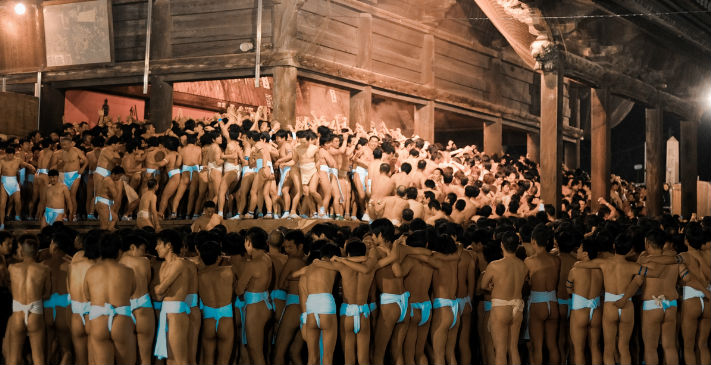 At first glance, The Naked Festival in Japan might seem a little bizarre, where 9,000 nearly naked men crowd into a temple, but there’s a very good reason for it. A year of happiness is guaranteed for the lucky man who grabs hold of a sacred stick hurled from a window by a priest and places it into a wooden box. The ritual soon devolves into chaos as nearby men try to snatch the stick from the lucky holder, so there’s no guessing who will finally secure it in the box. Spectators are encouraged and seating is even made available in prime spots to witness the action.

Where to stay: The St. Regis Osaka, The Ritz-Carlton Osaka 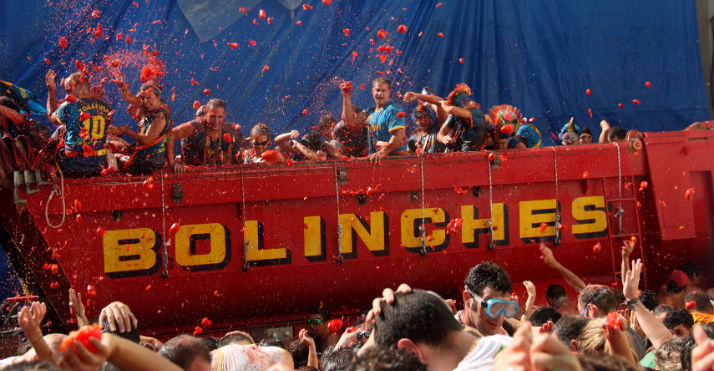 Nobody is quite sure how La Tomatina started, but this enormous food fight has been attracting visitors to the town of Bunol since 1945. The event is held on the final Wednesday in August, and usually lasts an hour, after which the town square is comprehensively covered in tomato paste. In 2015, it is estimated revelers threw 145,000kg of tomatoes. Afterwards, fire trucks hose down the streets, leaving them cleaner than before thanks to the acidity of the tomatoes disinfecting the surface. As a courtesy to fellow tomato throwers, please squash any you plan to chuck to avoid any injuries.

Where to stay: The Westin Valencia 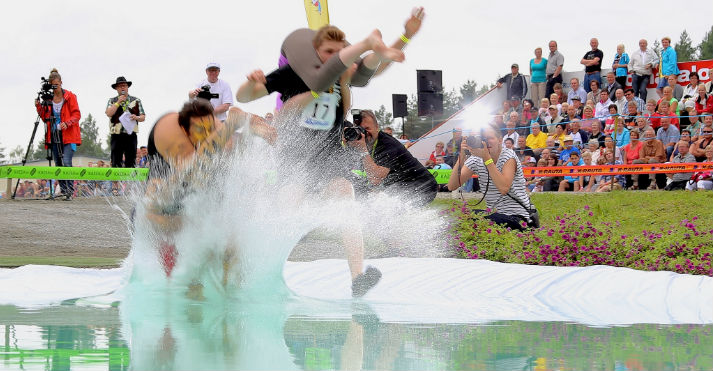 Everyone’s familiar with the old adage that a “happy wife leads to a happy life,” but it would take an extremely happy wife to agree to participate in the Wife Carrying World Championships. This annual festival of happy matrimony takes place in Finland, and charts its origins back to a 19th-century thief who would literally steal other men’s wives and carry them away on his back. Nowadays, the event has gone global thanks to alternative competitions in other continents, and it even has a category in the Guinness Book of Records.

Where to stay: Hotel Kämp 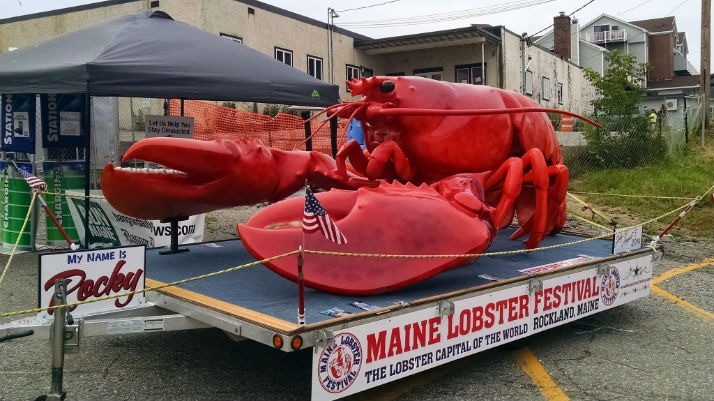 Maine’s annual Lobster Festival originally started as a way to revive the tourist industry of the sleepy Atlantic Coast, but over the years it’s morphed into one of the world’s great food festivals. The festivities are centered on the charming seaside town of Rockland, which welcomes foodies from around the globe to celebrate the area’s biggest export. The events take place over five days during the first weekend of August, and we recommend entry into the Great International Lobster Crate Race, a race that tasks runners with traversing a length of lobster crates without falling into the ocean. 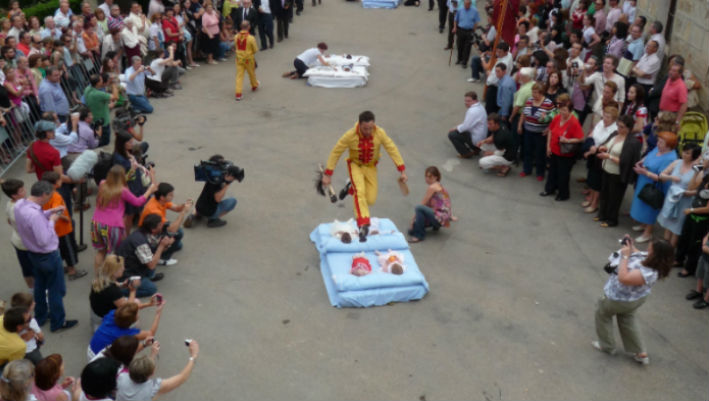 Having a total stranger vault over an infant might seem like a tough sell for new parents, but in the Spanish town of Burgos, parents line up to take part. This unique tradition dates back to 1620, and involves a man dressed as El Colacho (The Devil) jumping over children born during the previous twelve months. The act is said to cleanse the children of original sin and ensure them safe passage through life. In recent years, The Pope has requested Spanish priests distance themselves from the practice, but remains popular nonetheless.

Where to stay: Marques de Riscal 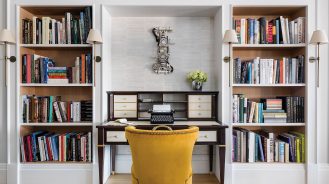 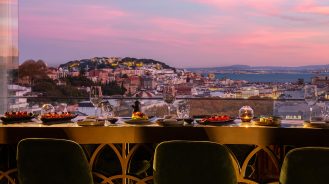 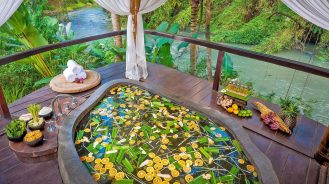