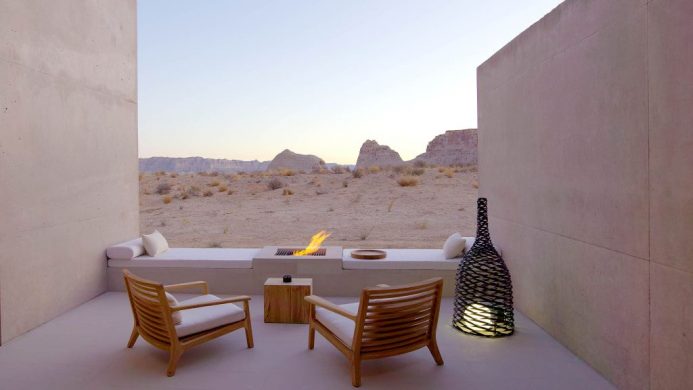 When planning an escape to knock your lover’s proverbial socks off, head straight to the top. With their next-level privacy needs and taste for the finer things, celebrity couples know how to pick ’em. Visited by some of the biggest bold face names—from Kimye to the Obamas—these eight destinations dial up romance.

Back in October, Kim celebrated her 37th birthday at Amangiri in Canyon Point, Utah. Word is it was a romantic one, as it was just her and Kanye, no kids. Naturally, she posted images of their private outdoor lounge with fireplace overlooking the picturesque canyons that surround the property. We’re not sure if they took advantage of guided hikes or biking available—if they did, bet they wore Yeezys. 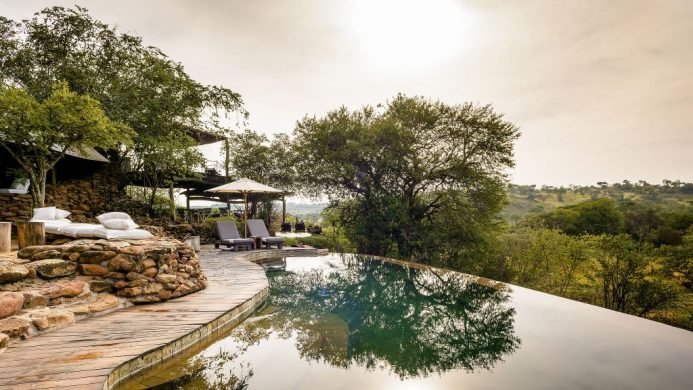 For their 2012 honeymoon, the singer and his actor wife went wild at Tanzania’s Singita Grumeti Faru Faru Lodge. More captivating than a Superbowl halftime show is the natural watering hole on-site which draws thirsty predators and prey—it’s like having VIP seats morning, noon and night. There are also balloon safaris for a bird’s-eye view of the Serengeti. 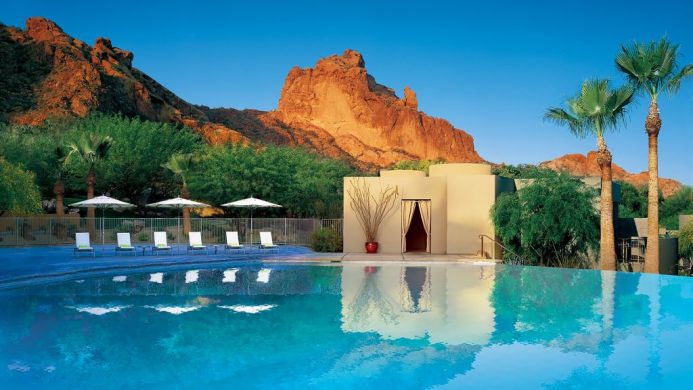 The power couple honeymooned in Paradise Valley, Arizona at Sanctuary Camelback Mountain. Based on the lyrics from their duet “Drunk in Love,” we venture a guess they enjoyed each other’s company in their suite’s private outdoor tub. There’s also in-room consultations available with a tarot reader, numerologist or astrologer, so even regular couples can see what’s in the stars. 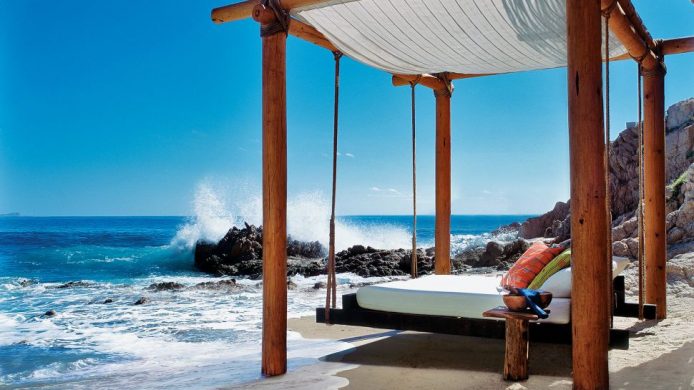 The former Friends’ star loves Cabo and regularly stays at One&Only Palmilla Resort, so why mess with a good thing. She’s just following in the footsteps of old Hollywood—Clark Gable, John Wayne and Desi Arnaz all stayed here back in the day. While Jen is usually happy to just tan the day away with her man on their private terrace, there’s also a spa, golf course, yacht charter and more to enjoy. 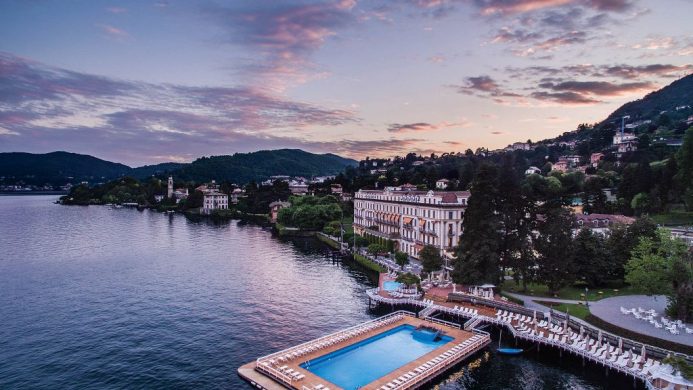 Perhaps on the recommendation of their friend George Clooney, actors Emily Blunt and Jonathan Krasinski married in Lake Como, Italy at the molto bella Villa d’Este. Whether making vows or just committing to a weekend, the circa-1873 property sweeps guests off their feet with its lakeside location, gorgeous gardens and Renaissance-inspired interiors. 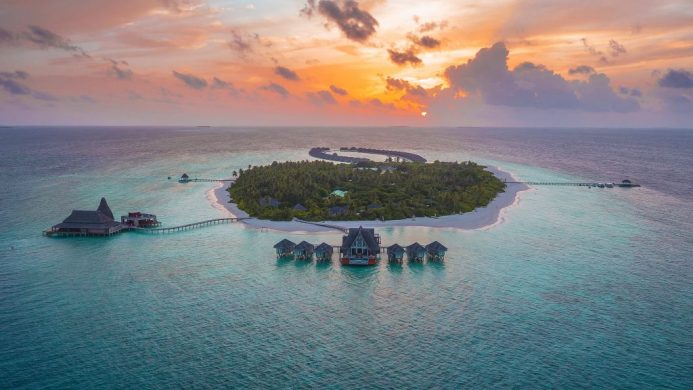 The Grammy-winning singer-songwriter and his model-chef wife also wed on the shores of Lake Como, but the Maldives is what set the ball in motion. During their 2011 holiday at Anantara Kihavah Villas, Legend popped the question. While there, they fished and took a cooking class. Teigen also gushed about the restaurant, Salt: “A guy comes around with a cart loaded with a hundred different types of salt… and tells you the best pairing for your Thai dish. For salt freaks like us, it was basically heaven.” 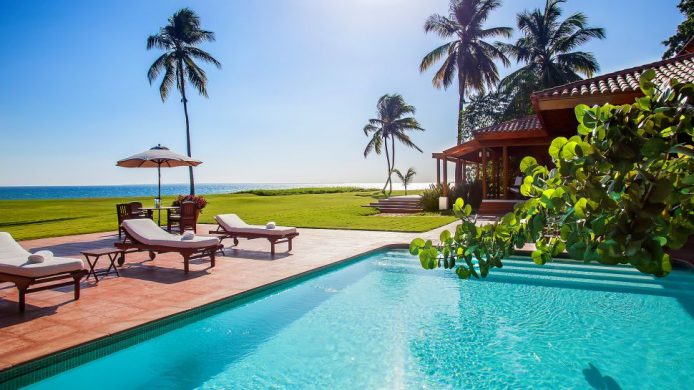 One of JLo and A-Rod’s first big getaways together was to Casa de Campo in the Dominican Republic where they booked a private villa. Kitted out with a pool, dining room and full kitchen, the villa has also hosted Drake, Rihanna and Beyoncé (though not all at once). The fit couple had lots of ways to keep active outside the villa’s six bedrooms, including golf, tennis, water sports and horseback riding. 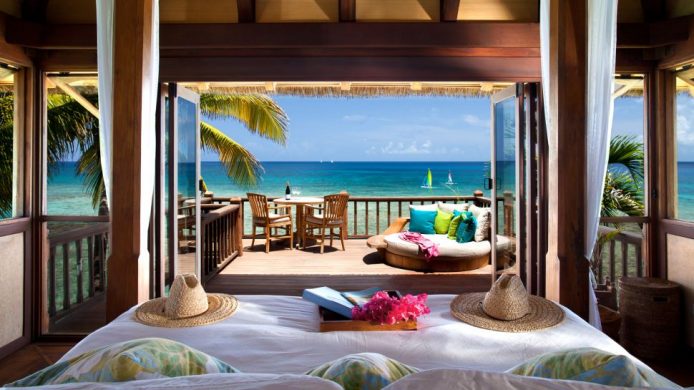 At the beginning of last year, after vacating the White House and just in time for Valentine’s Day, the former president and first lady embarked on a much-deserved couple’s retreat to Sir Richard Branson’s Necker Island. The 74-acre private isle hosts no more than 30 guests who are waited on by a staff of 100. There’s a bounty of watersports to also get the heart racing—Barack opted for kitesurfing. 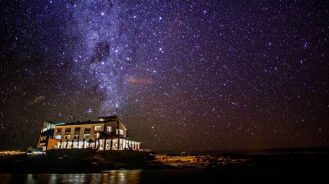 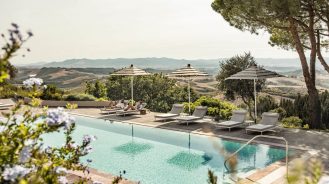 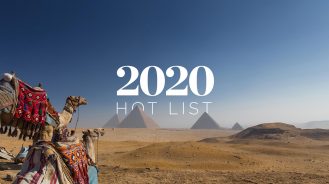