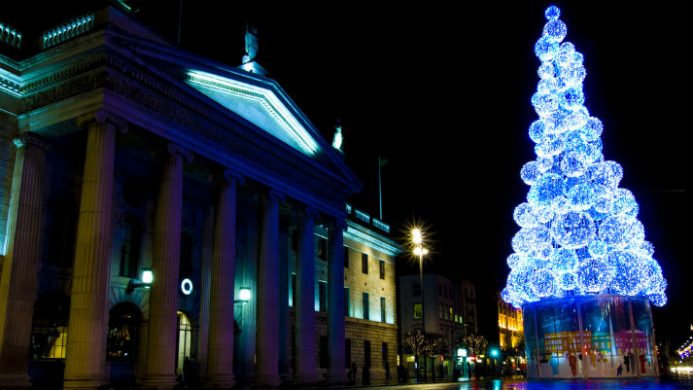 Selling seasonal baubles and providing a festive atmosphere, Christmas Markets have been around for nearly a millennium. The tradition originated in German-speaking Europe, and as German immigrants spread throughout the world, so did the Christmas Market. Nowadays, most major cities will host one, and herein we highlight eight around the globe, with a corresponding dash of hotel inspiration. 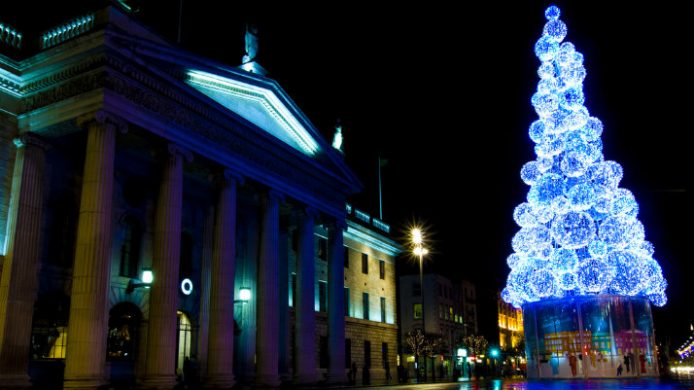 Where to stay: The Westbury | The Merrion

Dublin is thronged with shoppers and revellers each festive season, so a suitably impressive Christmas Market should come as no surprise. Located on the city’s buzzing Custom House Quay, I Believe in Christmas was the largest of 2015’s offerings, and it’s returning this year with the promise of more stalls and a larger Christmas Tree. The market will mostly be indoors in 2016, with arts and crafts, festive food and more. Children are also welcome to bring their Christmas lists for Santa. 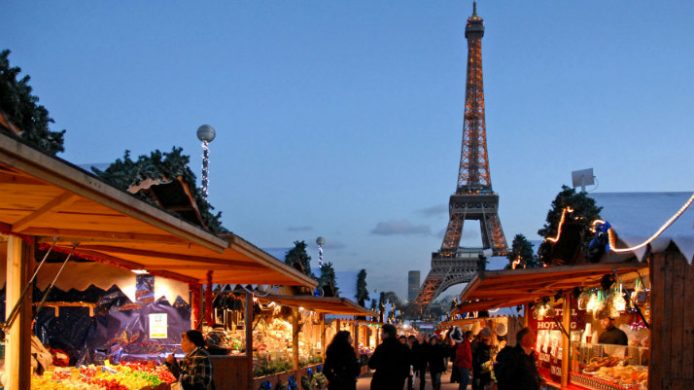 Located under the shadow of the Eiffel Tower, Paris’ traditional Christmas Market (marchés de Noel) is an annual fixture in the City of Lights. The market features boulevards lined with clusters of wood chalets, selling holiday treats, toys and gifts. Unlike other countries, Christmas Markets in France stay open beyond December 25th, as it’s tradition to display a nativity scene until February 2nd, a date known as Feast of the Presentation (La Chandeleur). 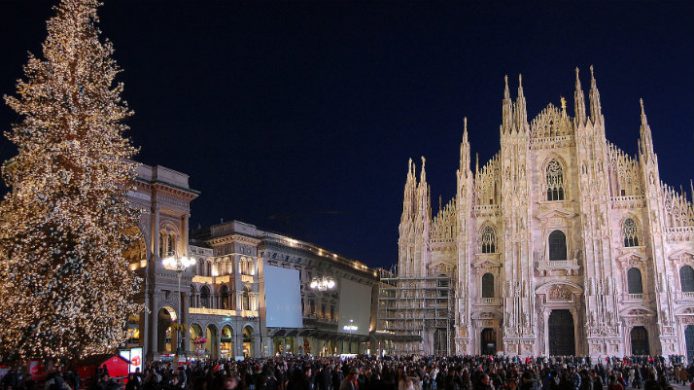 Milan is home to several Christmas Markets each year, but the most famous is Oh Bej! Oh Bej! which translates to “So nice! So nice!” The name originates in the 16th century and is derived from the exclamations children would make upon receiving gifts from Pope Pius IV. Today, the market takes place at Sforza Castle and is broken into numerous halls, each boasting its own theme. In one hall, Italian artisanal goods are available, in another, Italian food and wine. The market takes place for a week starting December 7th, and its opening always coincides with Milan’s Patron Saint’s Day. 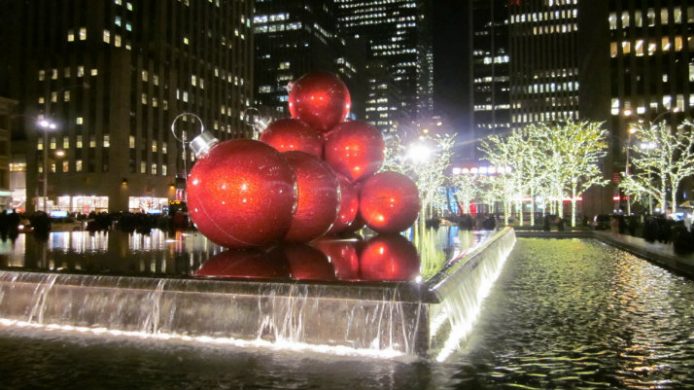 Where to stay: The Towers at Lotte New York Palace | Andaz 5th Avenue

Union Square Park is located centrally in Manhattan and it’s home to the Union Square Holiday Market, celebrating its 13th year. Running from November 17th to December 24th, the market hosts more than 100 red-and-white booths selling handmade toys, food and drink from around the globe, and locally-made winter accessories like scarves, hats and gloves. A winter warming station awaits for those chilly winter days, and we recommend checking out the brew-your-own-beer kits offered by the Brooklyn Brew Shop. 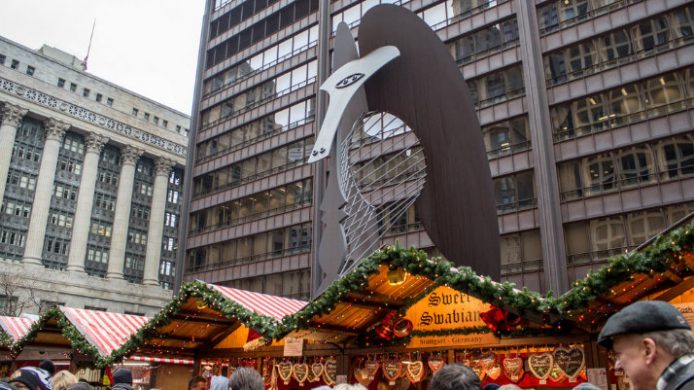 Where to stay: The Peninsula Chicago | Fairmont Chicago

A small corner of Bavaria decamps each winter in the Windy City in the shape of the Christkindlmarket. This outdoor market is located in the Chicago Loop and is based upon Nuremberg’s market of the same name, which originally opened in 1545. This festive shopping experience offers a diverse range of options, including traditional German food and drinks, children’s toys and Polish handcrafts. The market is open from November 18th to December 24th, 2016. 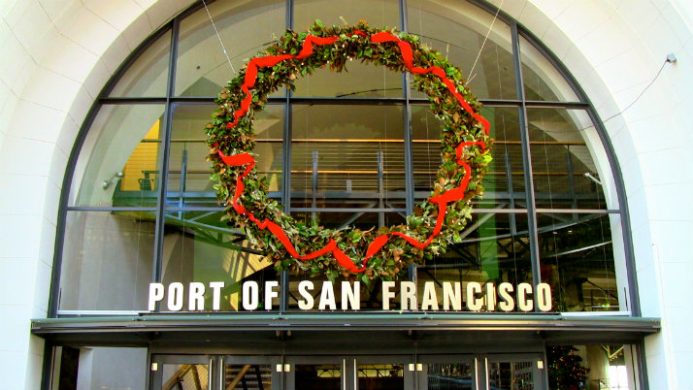 Previously only available to those with access to a time machine, Victorian London has been faithfully recreated at the spectacular Great Dickens Christmas Fair in San Francisco. Previously unremarkable exhibition halls come alive with lamplit streets, boisterous pubs, and dancing, each weekend from November 19th to December 18th. Hundreds of costumed players perform roles such as town crier or street urchins in this Bay Area tradition that dates back to 1970. Victorian costumes are encouraged, but certainly not required for visitors. 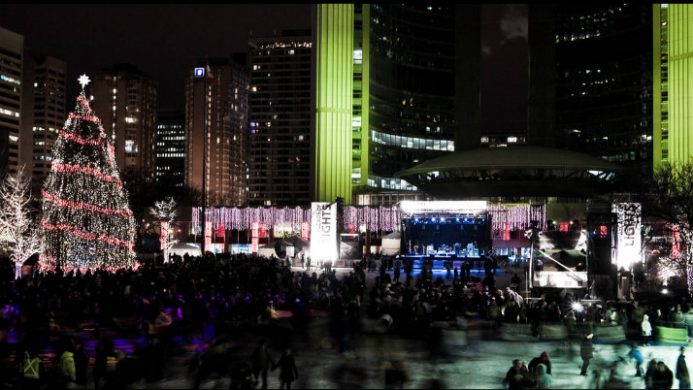 Where to stay: The Ritz-Carlton, Toronto | Thompson Toronto

Toronto’s Christmas Market has operated for seven years, turning a corner of the city’s bustling Distillery District into a wonderland. This neighborhood’s storied aesthetic of rough cobblestones, brick facades and industrial metal lends a charming period feel to the market, that runs from November 18th to December 22nd. One of the market’s most distinctive features is the 50-foot Christmas tree, which is donated by Forests Ontario and Ontario Wood. Visitors with pets can have them pictured with Santa each Tuesday from 2pm to 7.30pm, and there’s also an extensive beer garden. 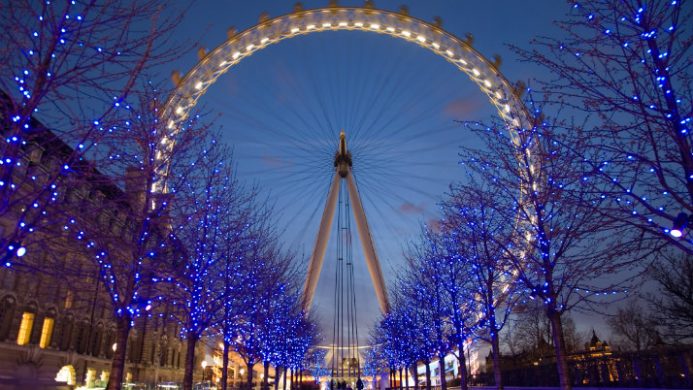 Where to stay: The Hari Hotel London | The Courthouse Hotel, Shoreditch

Hyde Park’s Winter Wonderland Christmas Market returns for its 10th year in 2016, bringing with it plenty of seasonal fun for the whole family. An impressive roster of attractions await discovery, including the UK’s largest outdoor ice rink, a Victorian bandstand with regular musical performances, and over 100,000 lights and several themed bars for adults—all of which (except the ice bar) feature a roaring fire. For the first time, 2016 sees the creation of a “Magical Ice Kingdom,” complete with icebergs, lifelike shipwreck and polar bear’s palace. Admission is completely free, with a wide selection of market stalls and fairground rides sweetening the deal. 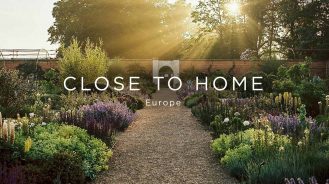 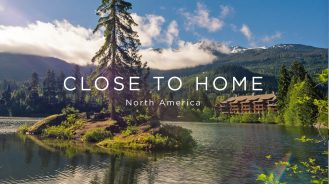 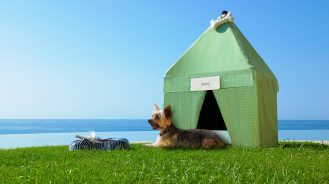